As soon as I heard about BarBacon — a single focused restaurant that opened a few months back in Hell’s Kitchen, I  nicely asked one of my friends to accompany me on a visit. A restaurant that centralized on the winning (and artery clogging) bacon and beer combo — what could be better?

We started with the Tasting, which included four kinds of bacon: jalapeño, spicy pepper, maple and smoked applewood. Each was delectable, but we deemed the jalapeño as our favorite. Before going, I noticed that Yelp reviewers were loving on the grilled cheese and lobster roll. A common thought after doing some preliminary research would be to order said grilled cheese and/or lobster roll, but my friend and I aren’t really the trend-following type (just kittens we met working in fashion), so she went for the pulled pork sandwich and I opted to check out the lobster bisque. Both entrees were phenomenal.

If I went back again (and against the health-conscious part of my brain’s better judgement, I would), I think I would cave and try the grilled cheese. And probably not go at 7pm on a Friday since it’s the end of their happy hour (4-7pm is half off well drinks and beers) and they don’t take reservations. Overall, it’s a cute joint. If you’re the meat-eating type and ever find yourself in Hell’s Kitchen, it’s worth checking out. 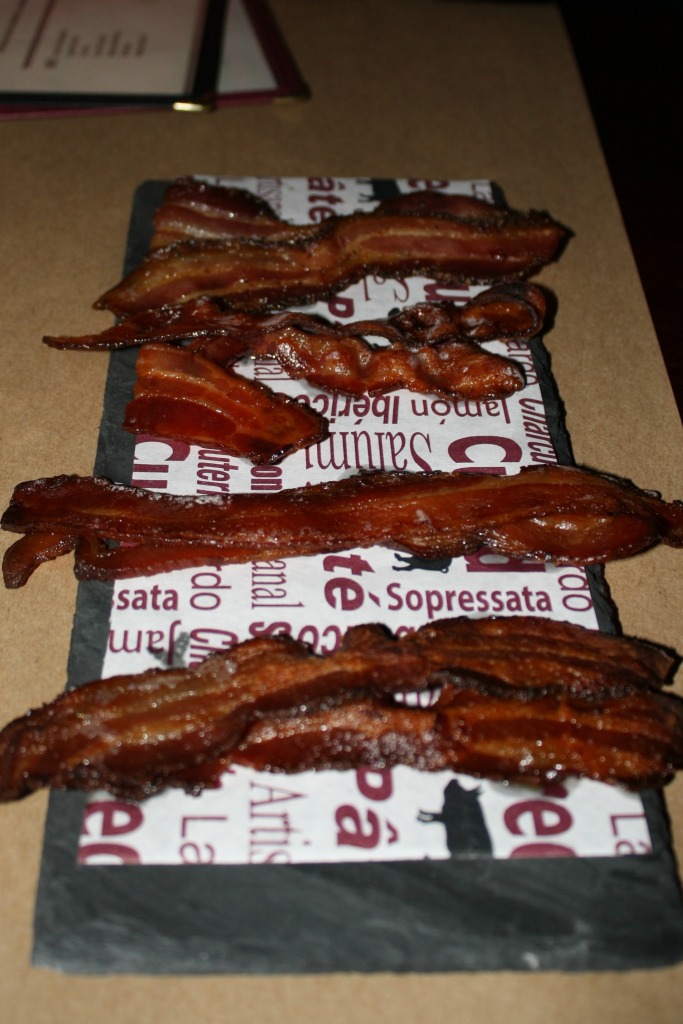 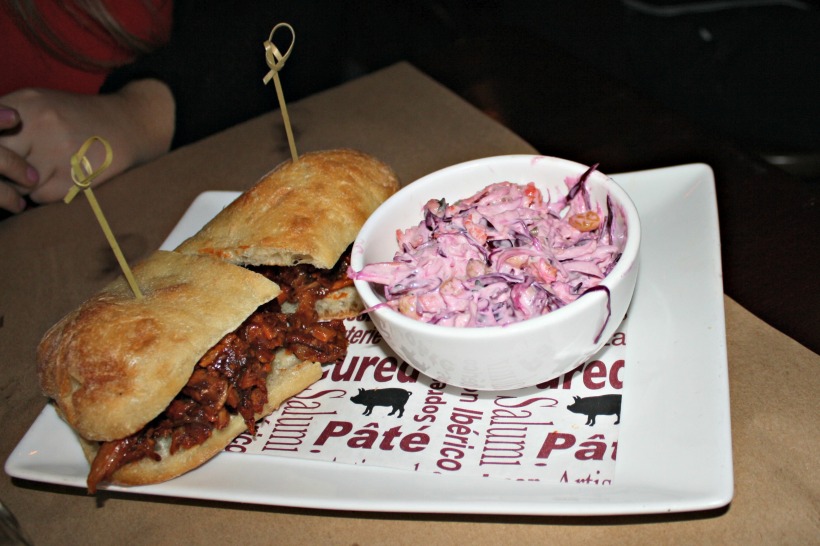 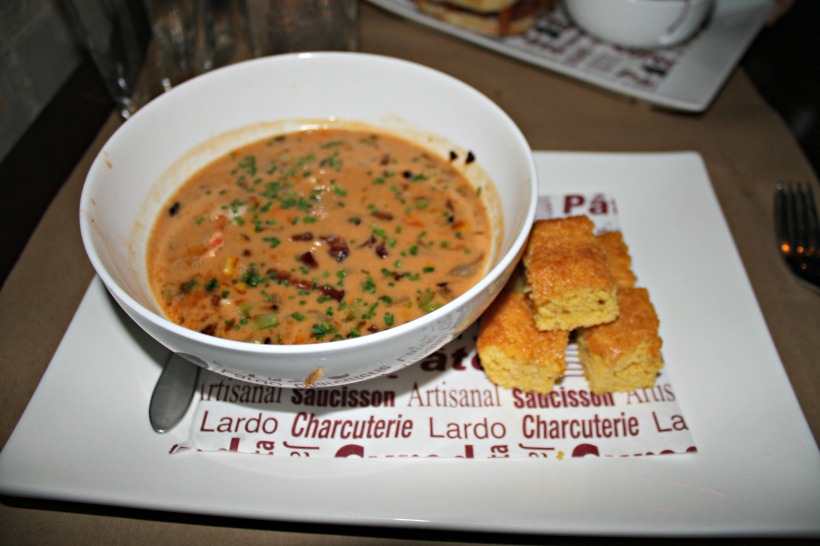 Happy Friday to all, and HAPPY BIRTHDAY to one of my dearest friends, Jorge! May the next quarter of a century present as many adventurous and prosperous fortunes to you as your first!

Jorge and I (along with a few other friends) stumbled into this fantastic West Village beer garden called Houston Hall last Sunday, and needless to say it was a very pleasant surprise. The restaurant/pub opened earlier this year, and apparently the location was converted from a functional parking garage. Their beers were hoppy, their grilled cheese menu was one of the best I’ve seen, and their atmosphere and ambiance was truly unique. Having so many options of restaurants and bars in the city, I often don’t frequent the same place twice, but I can honestly say I can’t wait to head back here.

P.S. I didn’t forget Feminist Friday! My intentions are not to always take the easy way outs, but for this week, here’s a great interview with Anna Holmes, the founding editor of jezebel.com, who strongly believes that this f-word doesn’t deserve the negative connotations it often carries.

Enjoy the last few days of summer this weekend!