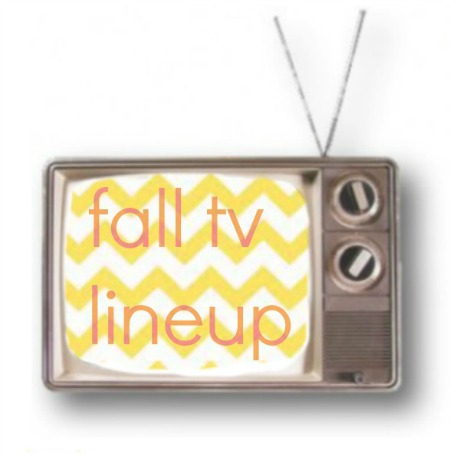 Aside from colorful leaves, Octoberfests, and breaking out boots, the beginnings of a new television season is one of the main reasons I love fall. The weeks to come are littered with the premieres of many my favorite shows, so I figured it would be an excellent time to tell you what I’ll be watching this autumn. [All times are written in EST]

If you haven’t noticed, I’m kind of addicted to comedies and very rarely venture outside of that safe haven. [I really need to watch more dramas. And/or probably just less TV in general…I digress.] If you’re more of the drama or reality kind of guy/gal, here’s everything else that will be on your television sets in the next few months. Happy watching!